'Remember Power Balance? Those bracelets that supposedly improved your balance? We sold them at a sports store for 30 bucks. It's embarrassing to think about it now.'

'Hand written messages on potatoes. He set up a website so all you have to do is send him your message and he will write it on a potato and ship it out to whoever your heart desires. I got one of these a while back which said: "Did you fall from heaven because it looks like you fell on your face." Hurt a little.' 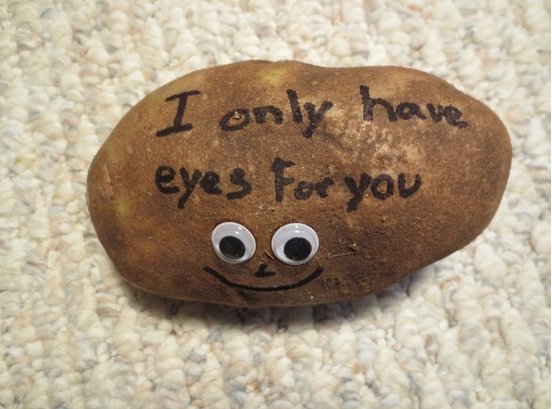 'Oxygenated water. That is, bottled water that has extra dissolved oxygen in it, for athletic-type things. Because we breathe oxygen, and more oxygen must be good for you right? Except two things: 1: You don't have lungs in your stomach. 2: The "Oxygenated Water" is just regular old water.' 'My cousin worked for Zynga (video game developer) a while back. Apparently on a whim one day they decided to make a purple cow and sell it on Farmville for .99 cents just for the day. Within the first 45 minutes it had made over 1.5 million dollars.'

'The creator of the I Am Rich app made thousands of dollars from selling his useless app in the Apple Store. The only thing the $1,000 app did was display a red ruby that glowed if you kept it pressed. Before Apple withdrew it, he had made a cool $8,000. '

'Those strips you put on your feet that supposedly removed harmful toxins from the body.'

'Selling stars in space and giving a certificate like you own that specific piece of the universe.'