Can you tell the difference between Selena Gomez and her Mexican clone?

Now, we all know who Selena Gomez is, don’t we?

Singer, reigning queen of Instagram, former Disney girl, Justin Bieber’s ex and looks as fit as a fiddle, not at all like she has been laid up in bed with an attack of the flu for the last five days.

Even if you've never heard a song of hers in your life, I'm sure you'd recognise her in an instant, wouldn't you? I mean that face is unmistakable.

Except that none of the photos you’ve just seen are of Selena Gomez. This is Sofia Solares, a young 22-year-old Mexican with over 200,000 Instagram followers, who looks so much like the singer that it gives you the heebie jeebies.

As Sofia told E News, she couldn't be happier to look so much like Selena. ‘I love Selena Gomez, I’m a total fan of hers and it would be a dream to know that she is aware of my existence. If she were to take a few minutes to write something to me… I’d be so happy, I’d cry!’.

Let’s get one thing straight: despite the undeniable similarity between Sofia and the singer, Selena Lookalike (not the best nickname I know, but can we just go with it, please?), is under no illusion that, first and foremost, she wants to be herself. 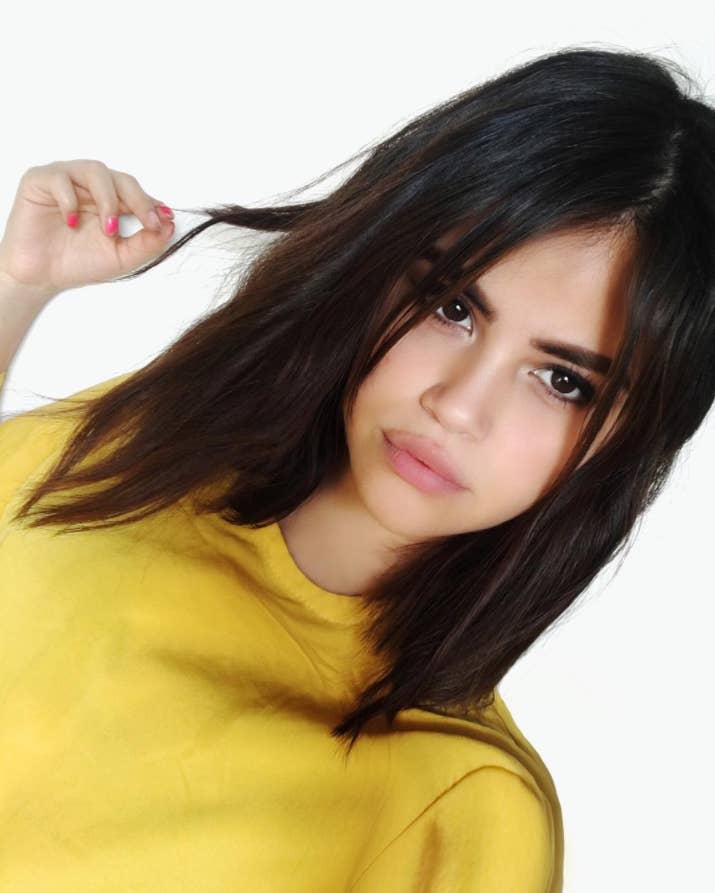 ‘I always try to stay true to myself. I mean, it's great that I look like her, but I don't want to lose myself trying to be someone that I'm not!’

Sofia, that’s admirable, it really is, but, please, if you don’t use this to get free meals at restaurants, jump the queue at nightclubs and throw wobblies at the staff then you’re just too good. As Barney Stinson once said, 'A lie is just a great story that someone ruined with the truth’. And with that angel face of yours, you’re a walking factory of fantastic stories.