We're often blissfully ignorant about the packaging of the foods we consume on a daily basis. They're supposedly so straightforward that they don't require an instruction manual. But there's often more going on than we realise… These food packaging secrets will open up a whole new world.

1. That hole in the Chupa Chups stick

Have you ever noticed the tiny hole that appears in the stick once you've sucked off all the candy? What's that all about? Well, aside from serving as a slightly rubbish whistle, it also has two important jobs: one is to make sure that the sweet is fastened properly, both inside and out; and the other is to prevent little kids and overly-enthusiastic adults from choking on the stick.

There's an urban legend that says the man who invented sugar stick packets ended up killing himself in despair because nobody understood how to use them properly. Although the story is made up, there is a grain of truth in it – we don't open the packets the way they were designed to be opened. Most people give the stick a shake, then tear it open at the tip, usually spilling half the sugar on the table in the process. But it was actually designed to be split down the middle (like snapping a pencil in half) over the drink. And no shaking is required. That's why the sugar is compressed and the packet contains almost no air.

3. That hole in the ring pull

The ring pull doesn't really need that hole in order to be opened. However, as well as making it slightly easier to get your finger underneath the ring pull, the hole also serves as a handy straw holder, making it easier to sip through the straw without spilling your beverage. The ring pull is designed to enable you to swivel it around so that the hole hovers over the opening of the can: perfectly placed for popping in a straw and drinking more hygienically.

4. The correct way to open a packet of crisps

If you're one of those mere mortals who open their crisp packets at the top of the packet (like most of us, let's be honest)... shame on you! It's not the most efficient way to eat your crisps, particularly if you're sharing them with others. And when you try to delve for those elusive last crisps at the bottom of the bag you'll end up with your hands coated in oil and crumbs. Most snack packets are actually designed to be opened from the middle, first tearing it horizontally and then making little tears in a sort of expanding circular motion. The idea is to make it into a sort of bowl or tray from which to serve the snacks without having to do washing up afterwards. 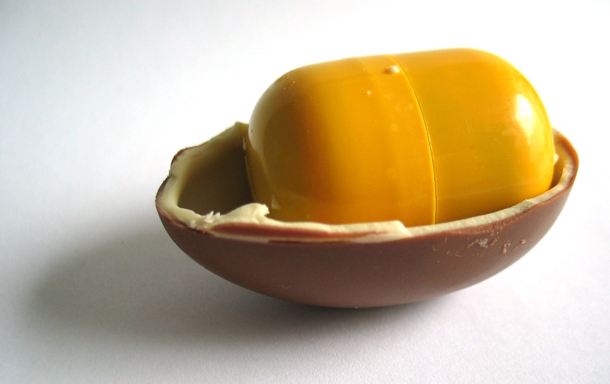 Every kid's favourite: milk chocolate on the outside, white chocolate on the inside, plus a tiny self-assembly toy nestled in the centre. Perhaps you've never stopped to wonder why the capsule is yellow... Well, there's no surprise at all when you think about it. It's supposed to be the yolk of the egg. 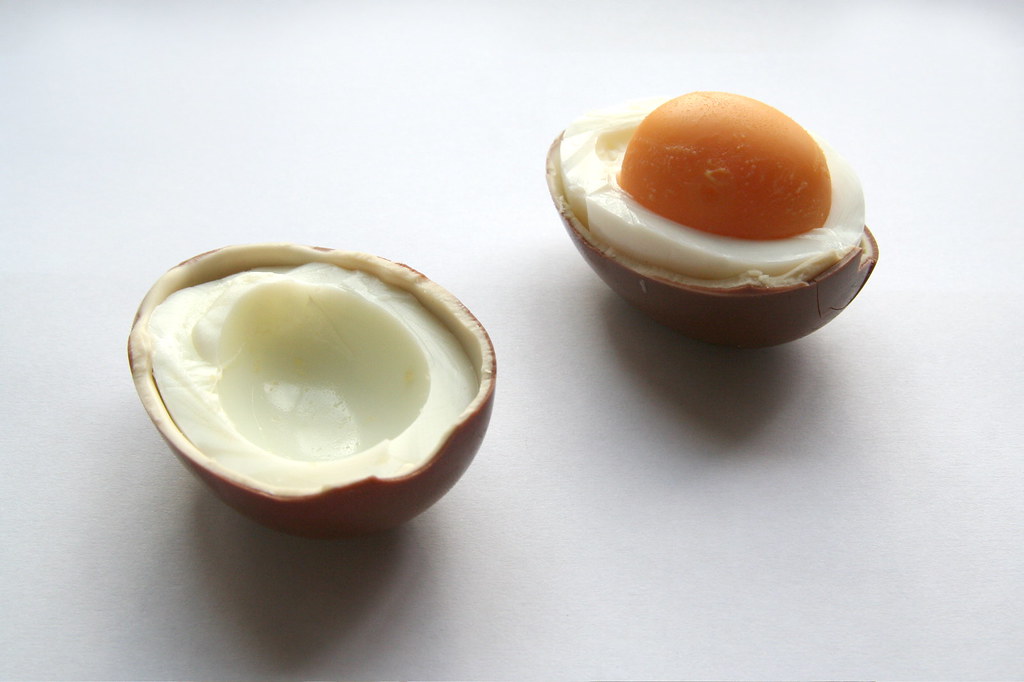