When Nature magazine published a study in 2010 of 34 species at risk of hybridisation due to climate change, it seemed like something from a novel by HG Wells. But today, seven years later, science fiction is looking increasingly like science fact. An investigation by Daniele Canestrelli from the Ecology Department of Tuscany University in Italy has confirmed that some species separated by genetics – and by thousands of years of evolution – are now reproducing as a result of climate change.

Global warming is causing some species to delay their reproductive cycle to coincide with that of others, while at the same time, changing temperatures and diminishing habitats are bringing together species that never before would have encountered one another. The result of this is that more species are interbreeding. Interbreeding is relatively common between species that are closely related. About 25% of plants and 10% of animals undergo a process of hybridisation,' says Daniele Canestrelli.

Initially it seemed that this hybridisation of species was occurring primarily with seals, whales and bears. With the advance of climate change, however, the range of interbreeding species has broadened, with some coming together to breed despite being separated by as much as 30 million years of evolution. The case of the European toad and the Balearic toad, for example, raises many questions about how climate change will affect the evolution of amphibians.

'The most closely-related species generally exchange part of their DNA as a consequence of hybridization. In other words, hybrids are partially viable and fertile, while more distantly related species don't usually end up exchanging genetic information,' says Canestrelli.

Here are seven animals born from climate change. And some yet to come...

1. Hybridisation between the European toad and the Balearic toad 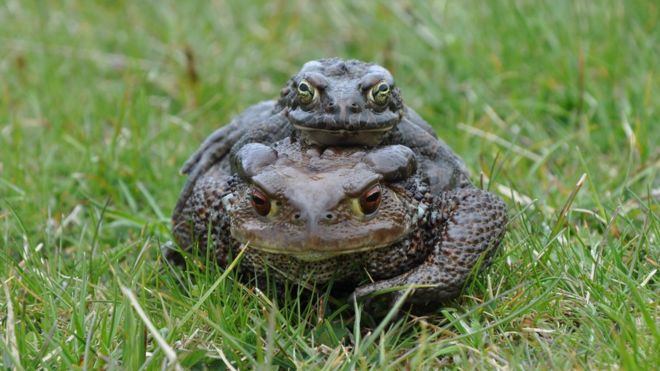 2. Grolar bear: a hybrid between the grizzly bear and the polar bear

4. A hybrid between a ringed seal and a spotted seal