Bahamas' swimming pigs found dead after tourists give them rum

'We had them pigs there almost 30 years, and never has this happened before, but now we are going to have to regulate it,' said Wayde Nixon, one of the owners of the animals. Seven of the famous swimming pigs were found dead on the beach at Exuma Cays after tourists gave them rum and beer to drink.

'We had the government vet in there who examined them all thoroughly. He gave them shots, he gave them medicine, and I was there, and I worked with them for three days straight.' Most of the pigs are still alive, but seven died. The animals are well-known for swimming in the sea off the Exuma Cays. They're a popular tourist attraction. 'Right now it's blowing out of proportion with people, anybody bringing food there, anybody doing what they want to do. We have people coming there giving the pigs beer, rum, riding on top of them, all kinds of stuff,' said Nixon.

Source: Swimming with pigs in the Bahamas by DailyVinesFun on Rumble

However, some officials said the cause of the animals' death was still unclear. 'It could just be a horrible accident where they ate something poisonous,' said Kim Aranha, president of the Bahamas Human Society Group. 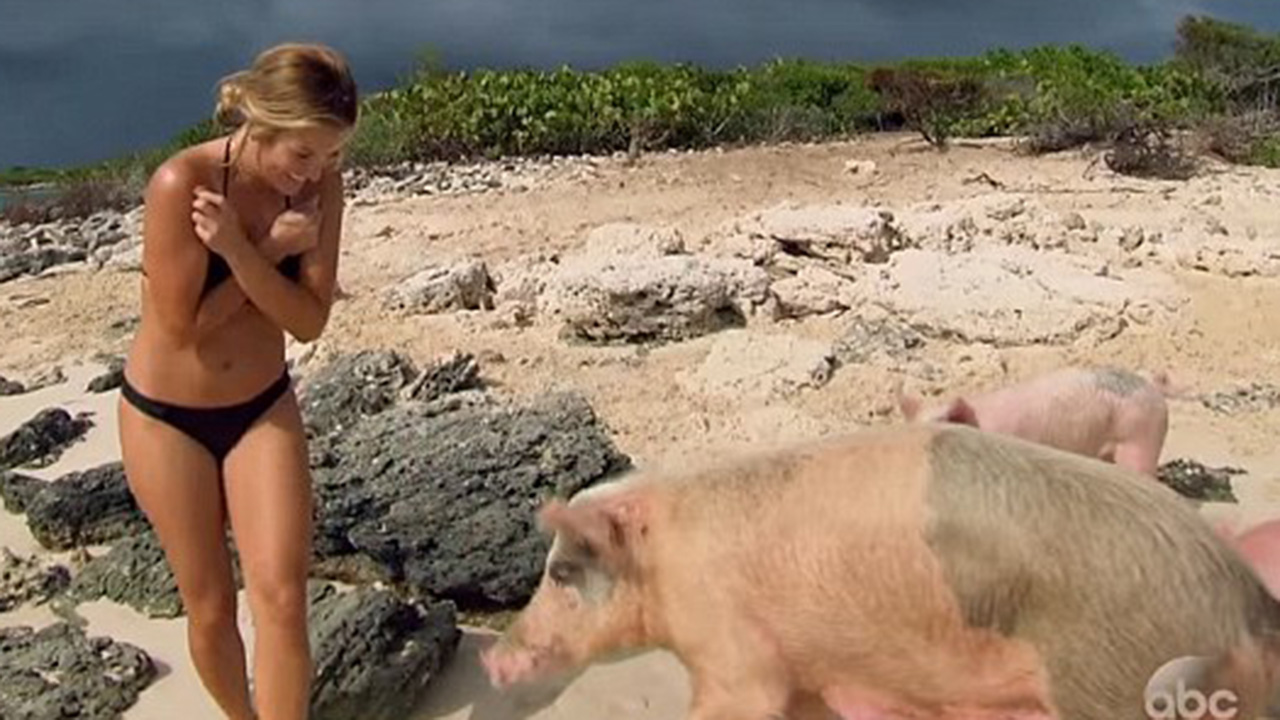 'It could be malicious but I don't really see why someone would go out of their way to hurt those lovely animals. I know there are a lot of silly sailors that go and feed them alcohol to try and get them drunk, but that's not to mistake them with the tour operators based out of Nassau who have treated them with excellent care,' she added.

V Alfred Gray, the country's Minister of Agriculture and Marine Resources, said that from now on 'people will be able to take photographs and see the pigs swim... but they won't be able to feed them things.'