It measures almost a metre, its flesh is an extremely dark shade of blue, and it has a pink appendage at the end of its tail. It looks like it's just slithered out of some sci-fi film. But this giant worm is very real. Scientists have been searching for it since the 19th century.

Discovered buried in the mud of a shallow lagoon in the Philippines, the creature has never been described before, although its existence has been known about for over 200 years from fossils of the baseball bat-sized tubes that the worms are encased in.

'Although people have known (these animals) exist, they didn't know the simplest things about them,' said Dan Disten of Northeastern University's marine science centre. 'It was a very mysterious organism.'

The tubes that encase the animals – which measure between 90cm to 1.5m long – are found quite often, but nobody had encountered a living creature still inside one until recently.

Part of the problem was the researchers weren't sure about the creatures' preferred habitat. However, after watching a Philippine documentary showing the shells sticking out of the mud of a shallow lagoon, they decided to set up a expedition, during which they managed to collect live specimens from a lagoon filled with rotting wood. 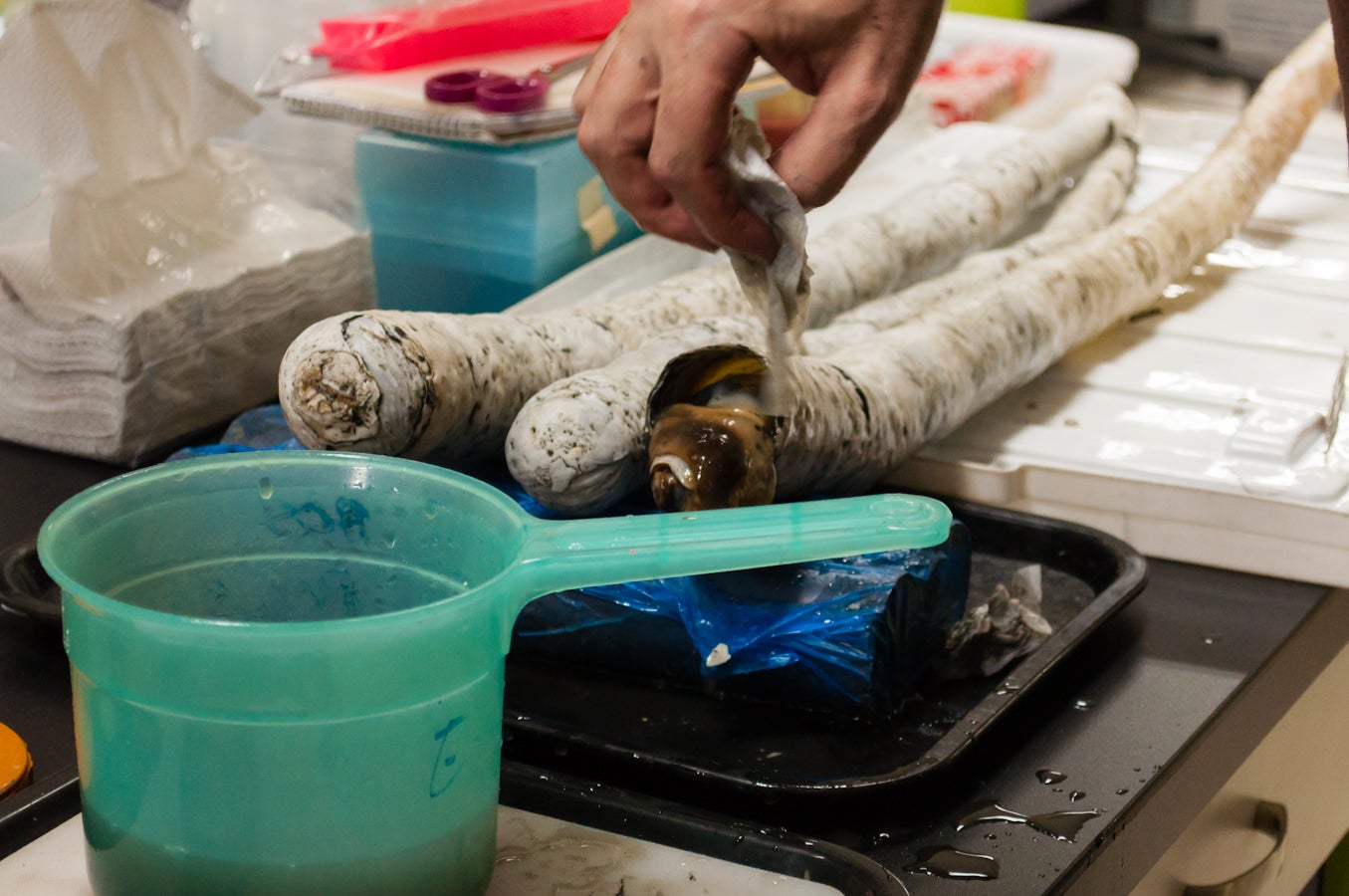 Back in the lab, researchers carefully removed the worm from its shell so they could take a closer look.

'It was a thrill, partly because we had longed to get our hands on one for so long, and partly because the animal is so strange,' Haygood told Gizmodo. 'When I looked into the tank and saw the strong jet of water shooting from the siphon of the animal, I was so excited that they were alive and healthy. When we opened the tube I was struck by the dramatic dark colour of the body, which is so different from the pale body of normal shipworms.'

This giant worm feeds on noxious gases produced in the mud, and like other types of shipworm, it recruits bacteria to seek out nourishment. The mud produces hydrogen sulfide, which smells like rotten eggs. These fumes would make a human sick, but thanks to the bacteria living within their gills, giant shipworms are able to convert the hydrogen sulfide into organic carbon which they can then consume as food.

'It's amazing how much we are still learning about life on this planet in the 21st century,' said Haygood.

[Via Gizmondo and The Guardian]