Artículo If you ask someone in China for their email, they’ll probably laugh in your face. Here’s why News

If you ask someone in China for their email, they’ll probably laugh in your face. Here’s why

The west wants to ‘kill off’ email, but in China it’s never been important

For years the west has been fighting against email. In 2011, the CEO of Atos sparked the beginning of the end of electronic mail by banning its use in his company. In his favour, he argued that only 20 out of every 200 messages received by its employees were important. It wasn’t worth sacrificing all that time for just 10%.

Now, with Slack installed in the biggest companies across the globe, more and more people are doing away with this service as a work tool. At schools and universities, virtual campuses are designed so that email is no longer necessary for file sharing. And instant messaging services like WhatsApp have put an end to any kind of strictly social interactions email may have been used for.

However, having an email is still as important as having a bank account. Whether we use it on a daily basis or not, we all have one. We need it each time we fill in a form and it’s the standard formalising tool for any document. In 2019, 2.9 billion people are estimated to have an email, and by linking our accounts with our smartphones, it is sure to remain an indispensable service for many years.

In China, however, it’s different. While in sectors like videogaming they lag behind the west, in aspects like virtual messaging it could be said they are ahead. The Chinese see their email accounts as relics of the early 2000s.

One of the biggest problems that Chinese companies have when speaking with their international partners is the means of communication. Although most companies have email, very few people use them, except maybe for the odd commitment, and they often don’t even remember their addresses or have names like 18475309@1634.com.

For any message or file to be sent, they use WeChat.

The Chinese messaging service, which is very similar to WhatsApp, has around 900 million monthly users. Both for company management and for speaking with friends, WeChat is their first option, way ahead of rival apps and, of course, email.

While WeChat is not solely responsible for the death of email, which, for a long time, had been losing its privileged position, the company that developed this messaging service has certainly not helped.

Cybercafés gradually became sacred meeting places. But few people used them for work. They were seen as places of constant entertainment, where you could play video games and contact friends. The latter they did through QQ, a desktop programme created by Tencent - the company that developed WeChat and ranked as one of the world’s 10 biggest companies - in 1999.

Very similar to Messenger, QQ offered fast downloads - ideal for cybercafés -, the possibility to link accounts to maintain user histories, the incorporation of emojis, and even ended up connecting with QZone, a social network which provides access to games, music, etc.

When it was listed on the stock market in 2004, QQ had more than 355 million registered users. Tencent became a multi-million-dollar company able to adapt to the needs of young Chinese users (70% below the age of 30). So, when in 2011, QQ had already fallen into decline and was in need of a format overhaul, they released the jewel in their crown: WeChat. 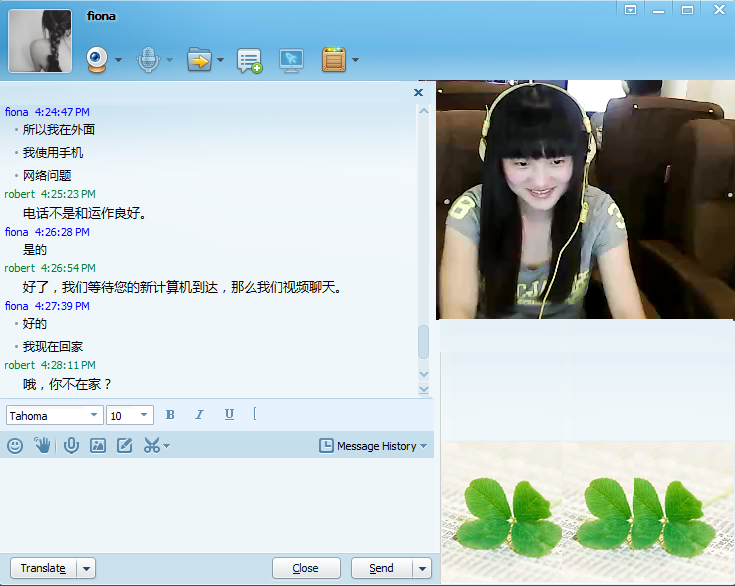 From Far Yet Close

Not Facebook, not Twitter, and not Instagram. The only thing that Chinese users need is WeChat. So much so that right from the outset it became the official means of business communication. And email is simply not a sensible alternative.

But it’s not just been the constant presence of more attractive alternatives. Its lack of use also owes to a life philosophy. Quora claims it is to do with the fact that business in China is done in a more informal and direct way, where people prefer to speak directly with each other and leave aside formal reports.

Whatever the reason, so seamlessly has chat app been integrated into their lives that email has clearly died a death. And, although this is already being announced in the west, we’re still a few paces behind the Chinese.

The illustrator who turns everday embarrassments into funny comic strips