Artículo One of the best things about the People's Climate March was the signs, starting with DiCaprio's News

One of the best things about the People's Climate March was the signs, starting with DiCaprio's

On Sunday, Washington hosted the latest People's Climate March. And, naturally, Leo was right there in the front row.

No surprises so far. But there was one thing that got us scratching our heads: Leo's sign. It's not that there's anything wrong with it per se... and the fact that it's made from a recycled folder makes sense, considering the circumstances... but we couldn't help wondering... did he make it himself? 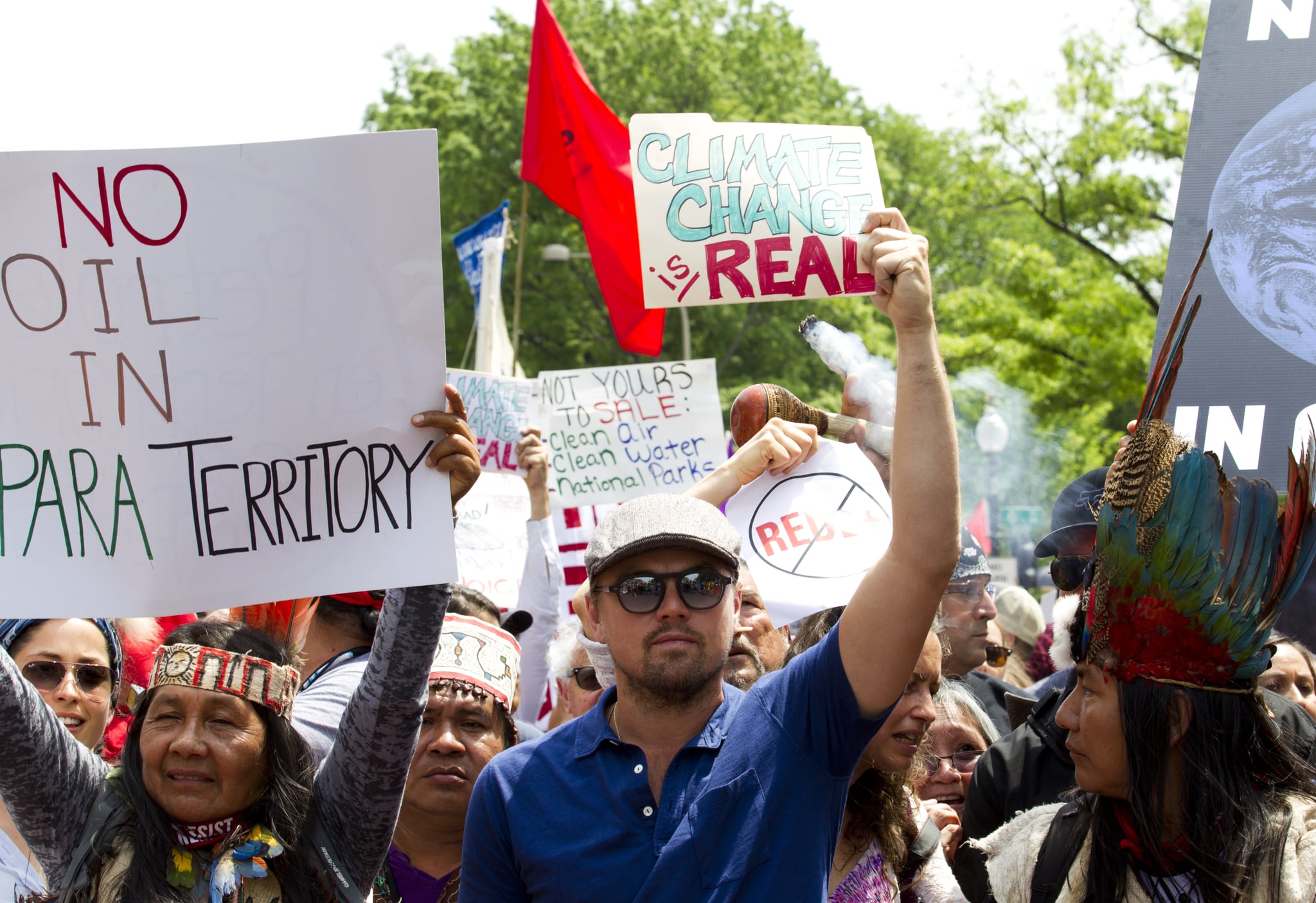 Please don't misunderstand: it's a nice enough sign... for a 15-year-old. It reminds us of the sort of writing we used to plaster all over our exercise books in high school... but in the hands of a man of 42 it looks... well, a little odd.

Bearing in mind that Leo doesn't have kids, might he have assigned the task to an assistant? And might this assistant be calligraphically challenged, like Joey from Friends (remember when he had to write a letter of recommendation for Chandler and Monica?)

We're looking forward to hearing your theories regarding Leo's sign. In the meantime, here are some of the best slogans from the People's Climate March.

Went to the #ClimateMarch with @dweller44 and H. Neglected to get a photo of us but here's my sign after I got home (and showered). pic.twitter.com/TORLq6NQlX

But don't forget, Leo: going on marches is great, but the best way of reducing your carbon footprint is to stop consuming products of animal origin. More carrots and fewer steaks, Mr DiCaprio.