'Maybe – fingers crossed here – she's just pregnant, which would be such a relief, because at least she wouldn't be fat, right?'

Barstool Sports is a sports site run by a bunch of bros.

In keeping with how these bros roll – heavy on the testosterone, light on the charm – they posted an article (which has subsequently been deleted) on 30 May attacking Rihanna under this headline: 'Is Rihanna going to make being fat the hot new trend?'

'Sure, it might be a bad photo,' the author reasons, 'or maybe she's been enjoying too much room service on the road, or maybe fingers crossed here – she's just pregnant, which would be such a relief, because at least she wouldn't be fat, right?'

Oh, but there's more. 'So you see her pushing 180 and it's a tough world to stomach. With all the fat acceptance and "love me as I am" crowd, there's definitely a world where I could see chicks see Rihanna make some strong "I don't give a fuck I just love pizza" quote that goes viral and bam we're in a world where all the hottest girls look like the humans in Wall-E.'

Barstool has always treated women like shit. It's gross, but nothing new. There's no repercussions bc this is what the site + readers want.

Truism nº1, these guys are old school sexist idiots who think that women should mould our bodies to fit male urges. And no.

Truism nº2, Rihanna isn't fat. She'd have every right to be fat if she wanted to be fat, but she's not. She is a healthy weight, maybe just a couple of kilos heavier than we're used to seeing her.

In fact, it's not the first time that RiRi has gained weight, which suggests she's perfectly comfortable with putting on a few extra kilos from time to time.

In 2012, the singer told presenter Ryan Seacrest that she hated losing her curves. 'It's difficult to have any kind of routine when your schedule is that crazy,' she said. 'So I really have no idea how I'm continuously losing weight. It's actually pretty annoying. Now, I don't have a butt, no boobs – already had no boobs – so annoying!'

In 2013, when a fan asked RiRi on Twitter if she had gained weight she proudly said yes, even inventing a name for her voluptuous alter ego: 'Thickanna'.

Rihanna's fans love Thickanna and they're delighted to have her back.

Meanwhile, Chris Spagnuolo, author of the article, has been complaining about being bullied online. 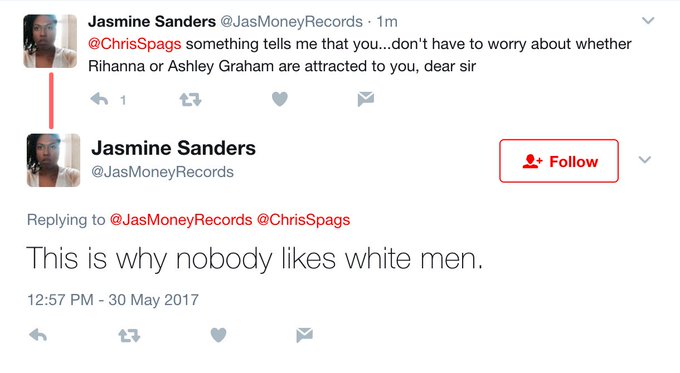 Barstool's founder, Dave Portnoy, has issued a statement of 'apology' which is about as reluctant and unconvincing as the hug they'd make you give the kid you just had a fight with at school.

'To be honest I don’t think the blog was as bad as many are making it out to be, but I’ll tell you this. It wasn’t that funny either and I could have told you with absolute certainty that feminists would hate it and use it as an example of 'there goes Barstool being Barstool again.' There are just certain topics that you better nail if you’re gonna write about them because you know they are hot button issues for us. So if you’re gonna blog about Rihanna gaining weight you better be funny as fuck and you better make it bullet proof.' Eh... well, ok then.

To top off his ridiculous blogpost, Spagnuolo (aka 'Spags')  also said that Rihanna looked liked she was turning into plus-size model Ashley Graham. And, in one of life's little ironies, look which ad happened to appear just above the offending article before Barstool's balls retracted and they ended up deleting it. Ashley Graham: the goddess.