The disturbing account of a visitor to Apple’s ‘suicide factory’

The true price of an iPhone

At this stage in the game, there are no prizes for saying that every iPhone purchase supports worker exploitation.

Foxconn, the Chinese company in charge of assembling all Apple devices, hit the headlines a few years ago thanks to its employees’ substandard working conditions. 12-hour days, workers publicly reprimanded, an obsession for control and a worryingly high suicide rate pretty much sum up the company’s situation. But exactly how true to reality is this description? To find out, The Guardian reporter, Brian Merchant, travelled right to its headquarters in Shenzhen.

‘It’s not a good place for human beings.’ These are the words of former employee Xu, which Merchant uses to define the workplace he visited undercover. As he clarifies, there are no child labourers with bleeding hands; nor are there safety breaches any worse than you might find in other SMEs. However, there is a sinister atmosphere that pervades the whole factory. No one smiles, no one makes jokes and every step of the assembly process seems to be controlled down to the last millimetre. It’s as if the workers have no souls. 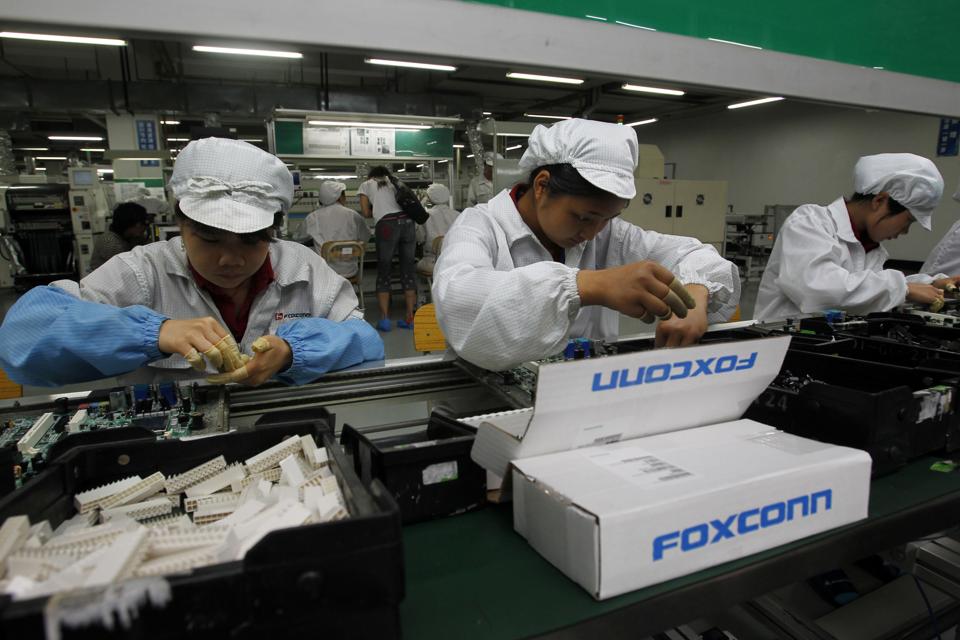 Foxconn made it into the news in 2010, after workers there began committing suicide. According to official data, that year there were 18 attempted suicides and 14 confirmed deaths. But Xu is convinced that as many as twenty more employees tried to take their own lives.

Despite the international attention the issue received, nothing seems to have changed. ‘There is no improvement since the media coverage. It wouldn’t be Foxconn without people dying. Every year people kill themselves. They take it as a normal thing,’ says Xu.

In 2012, 150 workers gathered on the highest rooftop of the factory complex and threatened to jump together in an unprecedented mass suicide attempt. To stop them, the management promised it would improve working conditions. But last year, a smaller group repeated the threat; proof that nothing has changed.

Considering its reputation, it’s no wonder that ‘Most employees last only a year’. On average, a standard worker (for example, the screen polishers) will handle around 1700 iPhones a day. In other words, three iPhones per minute for 12 hours every day.

The widespread episodes of depression suffered by the over 400,000 workers lead to situations of intense drama. The last suicide that Xu knows about occurred just a few months ago. A worker from the assembly line got into an argument. He wasn’t being violent, just showing his anger. Nevertheless, the police were called and he was arrested.

Three days later, unable to bear the humiliation, he threw himself from a ninth-story window.

When questioned about Apple, Xu responds unfalteringly: ‘We don’t blame Apple. We blame Foxconn. You can’t change anything. It will never change.’

However, the company headed by Tim Cook is seen as a potential ally of Foxconn. In 2010, after the reports of the first suicides, Steve Jobs wriggled out of it saying 'Foxconn is not a sweatshop. They’ve got restaurants and swimming pools. They have 400,000 people there. The rate is under what the US rate is, but it's still troubling.’

Since then, their only move to put pay to this plague has been a visit from Cook in 2011 to develop a suicide prevention plan. But, it’s been seven years since they’ve known about this and the situation is no better, by anyone’s reckoning.