The greatest mystery of 'GTA V' solved at last

It was four years ago that Grand Theft Auto V came onto the market. Yet, every week it still tops the video game sales charts. A multitude of reasons explain its unprecedented success: a vast, explorable world, unlimited online mode, constant updates… but, in part, gamers are still hooked because so many of its mysteries remain unsolved.

The ‘Mystery of Chiliad’ is the most famous of all. Atop the game’s highest mountain is an enigmatic mural of a map displaying a series of symbols: a UFO, a hatching egg and a jetpack. For years, gamers have been going out of their minds trying to find out what it means. And, at last, we seem to have been given a real solution.

The video above reveals an alien spaceship which has crash landed near the Fort Zancudo military base. Next to it lies an egg, which our hero picks up like it were some kind of mission. As soon as he does this, the aliens open fire on him, but they are easily defeated.

This can all be seen from minute 5:15. But at no point do we find out if this is a mission we need to complete (perhaps to obtain the jetpack from the mural?) or if the purpose of the egg is merely decorative.

The video was uploaded by the Guru Team, a team of players that have been following the trail of the Mystery of Chiliad for some time now. The mission, however, has not been activated naturally, but rather by modifying the game’s source code. The team have done this using the latest ‘Gunrunning’ update, which incorporates unused hidden elements. Among these elements were the spaceship wreck, some soldiers and aliens.

This is clearly the answer everyone’s been searching for. 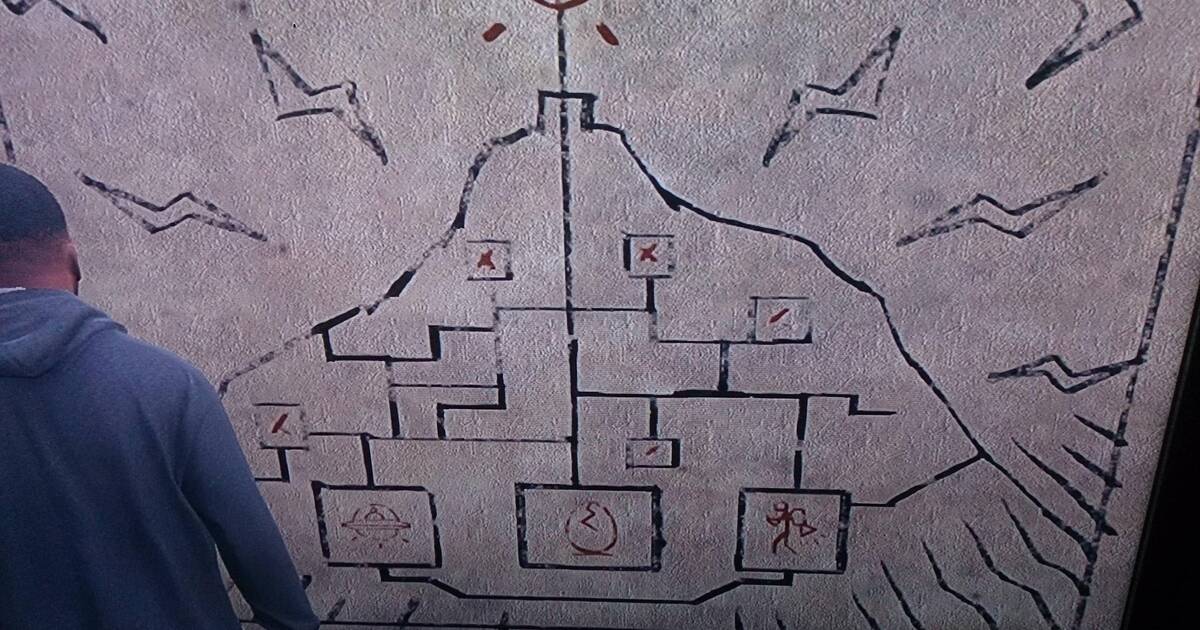 Since this is a modifier, we can’t activate the event or mission that will provide the key to the mystery. But, as the files have been incorporated with the most recent update, we’ll likely soon find out. It also remains to be seen whether, once accomplished, this mission will reward us with the famous jetpack from the mural (a device that appeared in previous GTAs and has become an icon in the saga) or whether it’s not going to be so straightforward.

Four years after it all began, the greatest enigma of the world’s most successful game has been uncovered. But much still remains to be discovered about the Mystery of Chiliad...

Will we finally get an answer to all those crazy theories that gamers have been obsessing over all this time?

Radio station cancels Richard Dawkins event over his 'hurtful comments about I..