James Taylor was trying to help this injured giant squid, which only seemed interested in pilfering his surfboard…

At first sight, all I see is a delusional paddleboarder trying to rope in a squid, and a squid desperately clinging onto the paddleboard to avoid being caught.

You have to bear a few things in mind if you’re a giant squid. First: as a rule, you don’t have a great reputation. The fictional characters you’re generally identified with are a pretty unsavoury bunch.

The Kraken, a guy that doesn’t seem to have ever woken up on the right side of bed.

Cthulhu, which is like Tyson Fury dressed up as octopus face Davy Jones from the Pirates of the Caribbean.

And Squidward Tentacles, admittedly not exactly villainous, but let’s face it, if he turned up as your ‘Tinder surprise’ there’d be no second date. 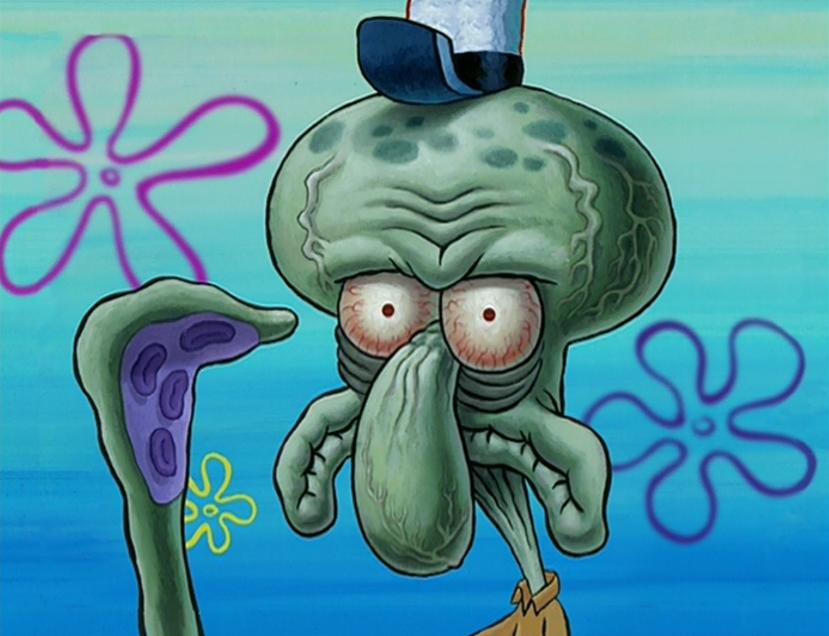 The second thing a giant squid should keep in mind is that no animal which is the giant version of another animal is likely to reassure anyone. A fly the size of a shih tzu? I’ll pass on that thank you. A Saint Bernards with the stature of an Asian elephant? Not even after watching the entire Beethoven saga as a warmer would I get close to that pooch.

But maybe our mistrust is well-placed. If you’re not convinced, watch this video of a paddle boarder trying to help an injured giant squid, while the critter tries to nobble his board.

At least that’s what James Taylor said, the man who posted the video on Instagram. Because, at first sight, all I see is a delusional paddleboarder trying to rope in a squid, and a squid desperately clinging onto the paddleboard to avoid being caught.

There are a few things you should keep in mind if you’re a human on a paddleboard floating on the ocean. The first: don’t shit with the local fauna.