Artículo Something dark lurks behind your compulsions Uncategorized

Something dark lurks behind your compulsions

When I cook – and of course when I eat – I can't stand getting food on my hands.

I've developed all sorts of stratagems to avoid touching food. When I follow a recipe, I have to wash my hands after each step.

It's even worse if I'm preparing fish or seafood. I'll generally try and convince someone to help me peel the prawns, crumble the cod and slice the salmon. This can occasionally give rise to some uncomfortable situations as people ask what the problem is, and I end up having to invent some silly excuse to get them off my back (eg prawns freak me out because they look like extraterrestrials).

The truth is, I don't know why I do it. I've got nothing against prawns. In fact, I eat them as often as I can afford to.

But compulsions like this are present in other areas of my life too, as they are with most people: we clip our nails too short, we're annoyed by pasta salad (as a concept), and we keep going back to check if we've locked the car.

I've always thought that there must be something perverse about these sorts of compulsions, but medical journalist Sharon Begley argues differently in her latest book, Can't Just Stop: An Investigation of Compulsions. 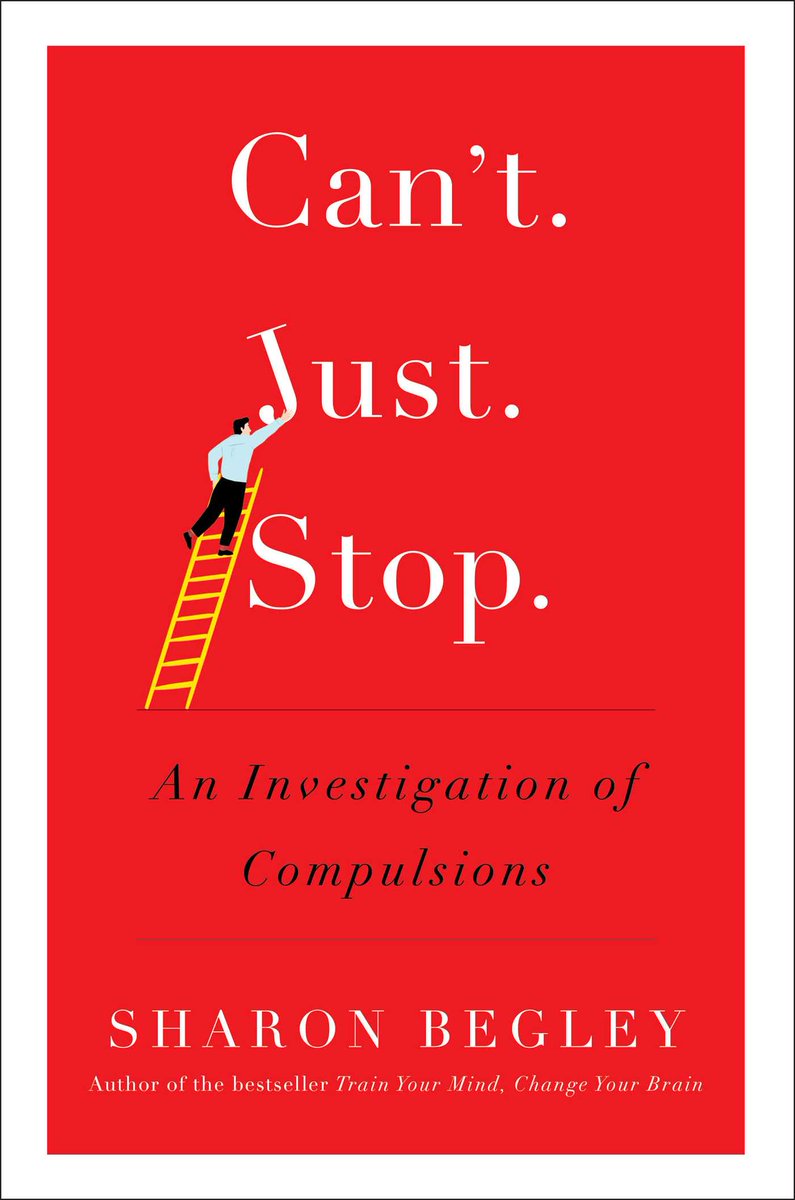 Because, as the book says, almost everyone has little obsessions, tics and compulsions. For the most part, these are at the mild end of a spectrum that ranges from normal to OCD (Obsessive Compulsive Disorder) and other pathologies.

Providing examples from a number of experiments, Begley interviews an individual who suffers from a compulsion to shop, another with excessive self-consciousness, and a person with a tendency to accumulate things. She also speaks to people addicted to playing video games and checking WhatsApp.

Comparing these to more severe, pathological cases, Sharon Begley discovers something interesting: driving the little compulsions that we all share, as well as the more serious obsessions suffered by people with OCD, is that old devil – anxiety.

Anxiety is extremely common. According to Begley, it affects one in five people in the US: three times more than depression.

The theory Begley develops in Can't Just Stop is that compulsive behaviours are defence mechanisms for dealing with anxiety. By developing these small routines we maintain a (fairly realistic) fiction that we have control over something.

In the same way that a fever is not necessarily negative since it's a sign that the organism is fighting an infection, it's quite likely that when a psychologically healthy person suddenly develops eccentric compulsions, such as avoiding cracks in the pavement, it means that person is simply fighting the anxiety provoked by the world.

So, if these compulsions aren't preventing you from living a relatively ordinary life, you probably shouldn't worry too much about them.

You can always coax someone else into peeling your prawns by pretending that your only issue with the things is how much they resemble Admiral Ackbar.

Of course you have some darkness inside you. All of us do.

But you can keep it at bay.