'It combines advances in biotechnology with traditional tattooing methods'

'Can tattoos use technology to make skin interactive?'

Posing a challenge in the form of an open question to one of the best teams of young scientists in the world has turned up trumps. A dream team of students from MIT (the world's top science university) and Harvard Medical School worked together to show the scientific community that they could answer the question in the affirmative. And, most importantly, answer it with certainty and pure logic.

That is the story behind the world's first sensitive tattoo, capable of changing colour in response to blood sugar levels. The team has found a way of helping people with diabetes by way of a simple tattoo.

Type 1 and 2 diabetes involve daily control of blood sugar levels. Normally, diabetics have to use a painful finger-pricking device or an under-the-skin implant. Both methods are invasive, time-consuming and uncomfortable. It might seem unlikely, but the solution was in plain sight all along: the humble tattoo.

Here is how the team explains the concept behind their project: 'DermalAbyss is a proof-of-concept that presents a novel approach to bio-interfaces in which the body surface is rendered an interactive display. Traditional tattoo inks are replaced with biosensors whose colours change in response to variations in the interstitial fluid. It blends advances in biotechnology with traditional methods in tattoo artistry.' 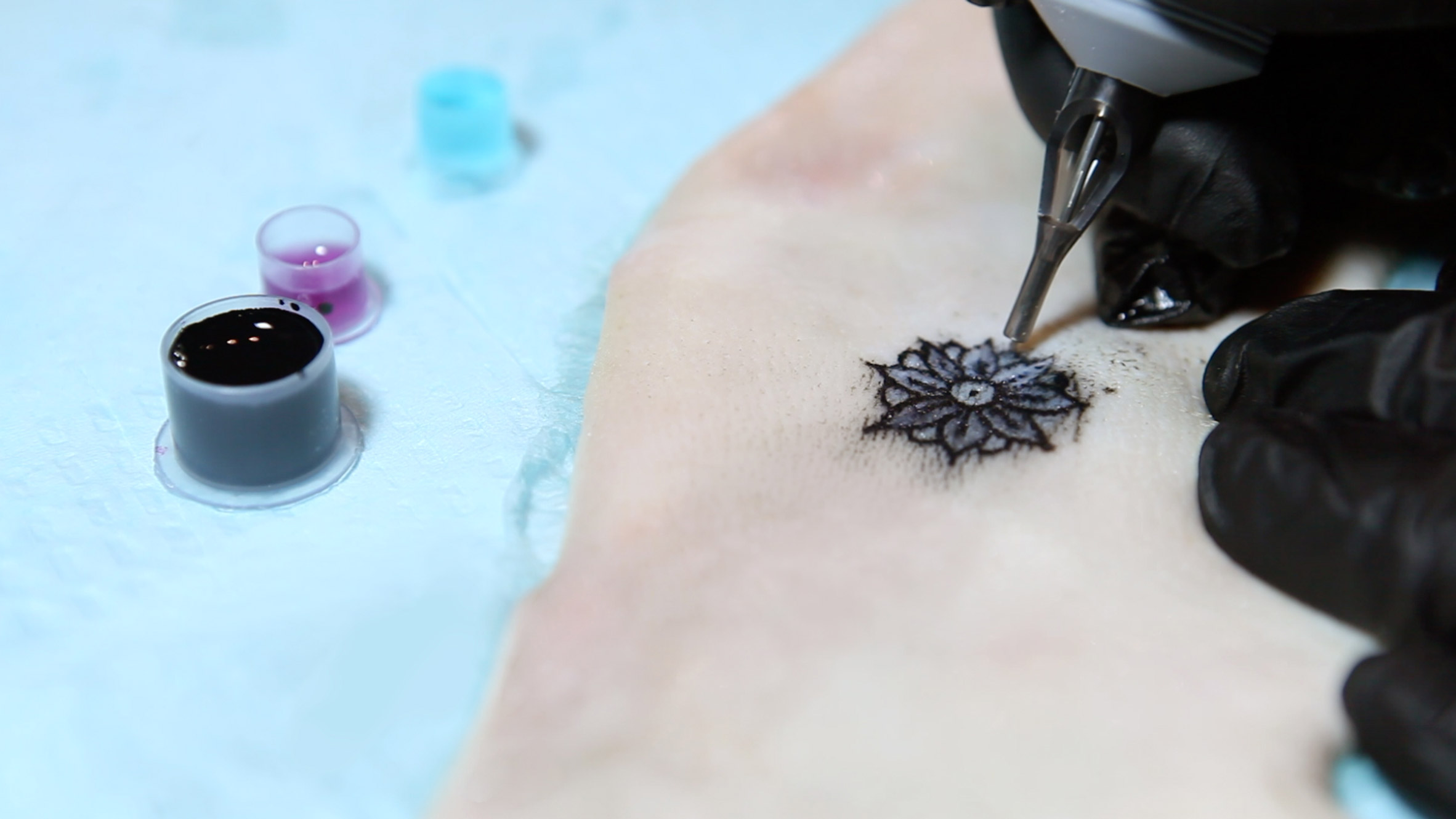 Traditional tattoo inks are substituted by biosensors whose colours change in response to variations in blood sugar levels.

The team investigated four biosensors reacting to three pieces of biochemical information in the body fluid: The pH sensor changes between purple and pink, the glucose sensor changes between blue and brown; and the sodium and a second pH sensor fluoresce at a higher intensity under UV light. In other words, too much sodium and it turns green (under ultraviolet light at least). Purples and pinks indicate a change in pH level.

'The Dermal Abyss creates a direct access to the compartments in the body and reflects inner metabolic processes in a shape of a tattoo. It could be used for applications in continuously monitoring such as medical diagnostics, quantified self, and data encoding in the body.'

Anthropologists have studied the medicinal uses of tattoos throughout history. In his travels around the world, Dr Lars Krutak has photographed many tribal tattoos, including some which were applied to alleviate specific diseases. But this is the first time that biotechnology has been used to transform conventional tattoo ink.

Many scientists over the years have thought about how to turn the human body into a touch screen as a way to monitor medical problems, but until now nobody had considered that the humble tattoo could provide the solution. For the moment, this is purely a research project and there are no current plans to develop Dermal Abyss as a product or pursue clinical trials.

What\'s behind the recent spate of acid attacks across the UK?